During my three years of being a Computer Science student, I got fat. Like, properly fat. I blame it on a poor diet, no exercise and being a lazy bastard. Mostly because it was my poor diet, lack of exercise and general laziness than caused my BMI to increase from 22 (ideal) to 30 (obese). (I’m 5” 10’)

I’d like to say I spent ages trying to lower my weight because I was aware of the issue. However, that would be a blatent lie. I was partially aware of my increasing weight, but also totally unaware how bad it was getting. Besides, your time at uni is the only time where you can justifiably get fat just because students are lazy and eat lots of pizza. (I should point out, I worked my arse off at uni, just not physically. Most of my work required me to be sat down and eat a lot of junk food.)

I graduated last July with a 2:1 and a weight of 96kg. This was both excellent (the former) and pretty horriffic (the latter). But obviously, it was my last summer before I became a fully paid-up member of society. So, a couple more months of pigging out was in order. And so it was.

Then I got a job. And I felt grown up. And I couldn’t walk up the stairs without getting out of breath. And bits of me wobbled that shouldn’t wobble. But fuck I hate exercise. There are so many other things I could do with the hour it would take me to go on a run. Plus, I was too slow to actually burn any calories. It’d be quicker just to starve myself. HA. That’s not gonna happen. So I guess I’ll just carry on the way I am.

I’m wasn’t like those super-morbidly obese people you see on telly. “I’m fine”, I thought to myself. In all honesty, I was. It was a bit of extra weight, it certainly wasn’t going to kill me.

But then the weight continued to increase. Eventually I realised I needed to do something about it.

I always wanted to work in software development. That career that requires you to remain seated for 7.5 hours a day, 5 days a week and usually commands the same of you during spare time. It’s not exactly condusive to losing weight. After a long day of work, the last thing you want to do is go on a run. I didn’t want to go on a run anyway.

My mind is obsessive. It gets obsessed with things I enjoy, quickly. It’s a personality that is natually attracted to software development because it’s a skill that requires an incredible amount of concentration. Coders like order, right and wrong answers. Losing weight is not, I thought, something that I can apply to my usual “do this, get this result” way of thinking.

Oh, how wrong I was.

Firstly, nothing I’m going to tell you here is magic. It’s all horribly common sense. I’m not going to write a Ruby gem with a hipster name like fatty that allows you to rig an arduino in to your stomach to remove excess fat. All whilst playing you a selection of cat gifs. But I will impart knowledge on to you that I have found useful.

Geeks (you and me) like to be experts in things. It’s no good doing something unless you can become really good at it, right? I’m not guaranteeing you’ll be the best at whatever exercise you pick, but it’s easier to be an expert in one thing than several things. So pick one.

Take your time, you need to stick with it for at least a year. So try a few out.

Surround yourself with people who enjoy exercise

It’s easier than you think.

These people are your motivation. Well, people similar to this anyway. You may think all of your friends are all fat slobs. (If that’s the case, get some new friends). I now have spirited conversations about running with various people

Now go and do it

I chose running. I’ve not lived in Cardiff very long and I don’t know the area well except for my immediate location and the area around where I work. Running gave me a great opportunity to explore a new area.

I know you want to become the best runner ever, because that’s what you do, become an expert in EVERYTHING. Tough shit.

Getting to 5k is hard. But worth it. It’ll take you 2 months or so, slowly building up the time. Find yourself a ‘Couch to 5k’ plan and stick to it religiously. There’s hundreds out there, each with varying level of annoying pep talks in the background. I prefer my voiceovers quick and to the point. But there’s plenty that will encourage you every 2 minutes to carry on because ‘you’re doing great’. I was finding it hard to believe after I was told how well I was doing, whilst on the floor in pain. I wanted to call the voice in my ears a liar, but didn’t want to appear insane.

BUY ALL THE TECHNOLOGY!

Gadgets make exercise fun. Get yourself an app that tracks you location, speed, time, maps your route. Get a proper pedometer. Get an app that tracks the calories you eat. Honestly, it’s great fun. (No sarcasm, seriously.) Also, by a pair of running shoes. Get gait analysis. It’s yet more cool gadgets to play with. You love gadgets right?

Diets suck. But I found treating my body as a system worked well for my brain.

So if we make the very broad assumption that the number of calories your body hasn’t burned at the end of a day gets stored as fat in your body then the fewer calories you eat, the less you will weigh after a while. Let me spell it out to you in a way you’ll understand.

And if I eat too much, I’ll put on weight? Yup.

I know, I know, it’s obvious. And you’ve heard it all before. But it’s REALLY important. But your body is a system. It’s more black and white than you previously thought. It’s not even about the kinds of foods you eat. Nutritionists and dieticians can piss off. Eat all the chocolate you like as far as I care, just don’t eat anything else once you hit 2500 calories that day. You’ll feel like shit though, so don’t do that.

Stick with it. I can honestly say I started actually losing weight at Christmas last year. It’s been a slow process but steady. My BMI is now 27.1 down from 30. My weight loss has been slow, but consistant. I’ve not had to make any major adjustments to my lifestyle. Just a bit less chocolate and a bit more running. 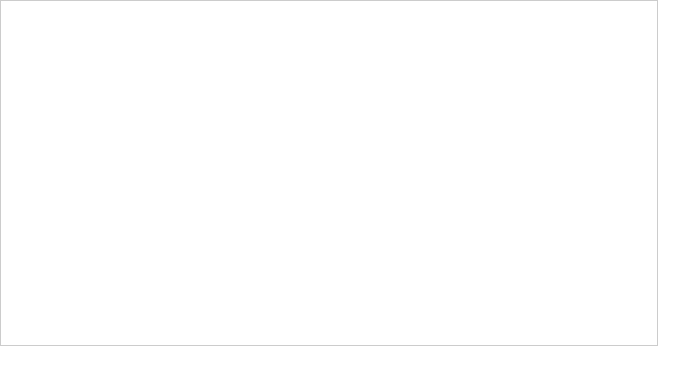 Use something like Trendweight to track your weight too. It filters outliers and only shows your general trend. So if you have a fat day, it won’t totally demoralise you.

If you’re a software developer who’s doing the same thing as me and trying desperate to lose weight. Don’t lose heart. You’ll get there. But I really miss dominos pizza.